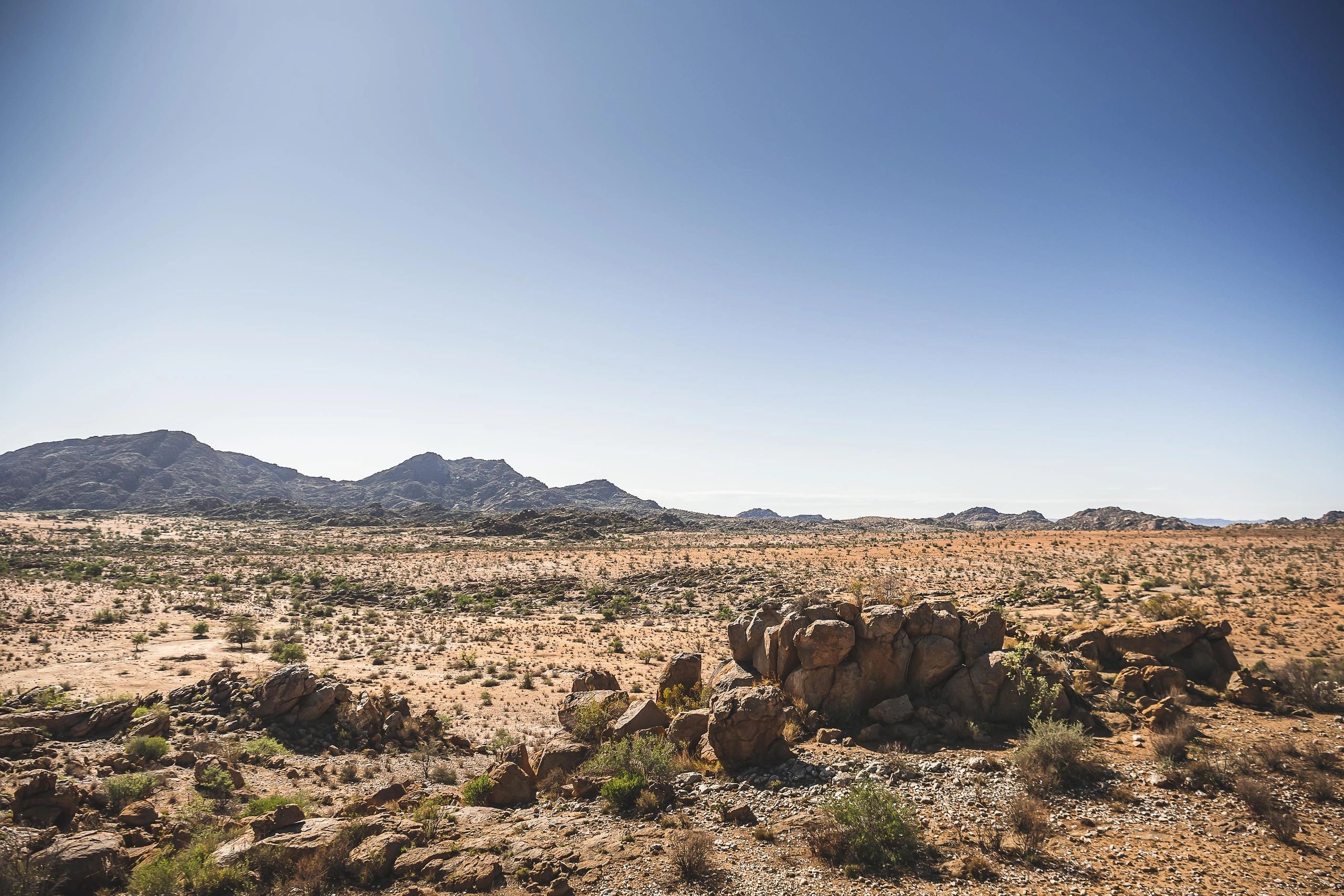 ... to the Gamsberg Wildlife Sanctuary, with its magnificent 'Bad Lands' mountain range, endless rolling plains so typical for the Khomas Highlands, stretching all the way to the splendid wilderness of Red Hills of Mount Barry and the rugged and untouched Rocky Mountains Reserve.

Our conservancy is situated 2 hours drive from Windhoek. Part of it formerly a cattle ranch, the other part being previously inaccessible mountain habitat, we have ‘turned back the clock’ and developed it into a peaceful private wildlife sanctuary and conservation area of more than 30'000 hectares (75'000 acres) over the last 20 years.

Wildlife occurring in large numbers are Springbok, Kudu, Mountain Zebra, Oryx, Red Hartebeest, Ostrich, Warthog, Black and Blue Wildebeest, Waterbuck, Leopard and Cheetah, Brown and spotted Hyena, small antelope such as Klipspringer, Duiker and Steenbuck, as well as endless smaller species (many of them endangered) such as the Bat Eared Fox, African Pangolin, Aardvark, Meerkats, Mongoose, and many other species along with flourishing birdlife.

The landscape of the area is rocky granite and schist mountains with spectacular koppies dominating the bush and grass veld. There are magnificent views and interesting features including a unique Aloe Dichotoma (Quiver Tree) forest, steep cragged mountains and beautiful rock pools. The conservancy borders Namibia’s third highest mountain (2349 metres), which is the table top Groot Gamsberg mountain and its satellite Klein Gamsberg mountain. Views of these mountains from the verandah of the house are wonderful, and the sunsets are the best in the world.